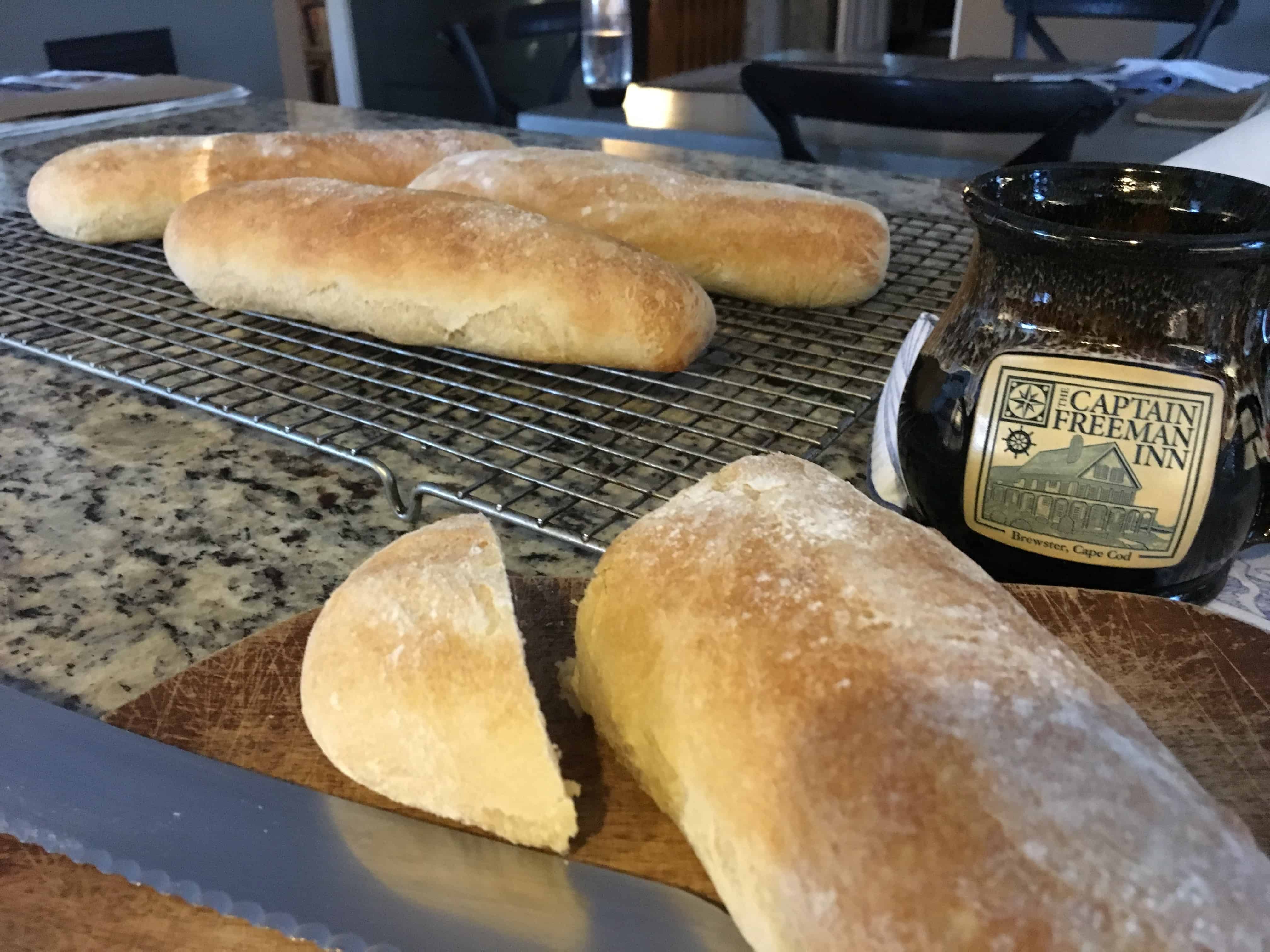 So what does one do when it’s just too darn cold to go outside? This inn keeper watches movies, knits and tries new recipes.

Byron and I were watching one of our favorite cooking shows- The Great British Baking Show and I was taken with Paul Hollywood’s demonstration of his French Baguettes. I was thrilled when I found the recipe on-line. Our first Dine Inn package is this next weekend, and I thought fresh baked baguettes would be perfect with our cheese and antipasto platter.

I just love bread, especially when it’s warm. This recipe is easy to make, with very simple ingredients and a few extra pieces of equipment that are well worth the purchase, and oh my goodness…….the results are astounding! Let’s just say that Byron and I made a complete dinner of bread and cheese and were in seventh heaven.

On the cooking show Paul mentioned that the bread was crunchy on the outside and filled with air pockets on the inside. The simple techniques of handling the dough gently really works. I can honestly say that the baguettes I made in two hours this afternoon is the ABSOLUTE best bread I have had in a very long time.

Save Print
Homemade Baguettes | Captain Freeman Inn
Author: Paul Hollywood
Recipe type: Bread
Cuisine: French
Serves: 4 loaves
This recipe is easy and the results astounding. For perfect baking results weighing the ingredients with a kitchen scale will give you consistent results
Ingredients
Instructions
3.5.3226
I did learn a few new techniques. I have several kitchen scales which I have not used religiously. This recipe  listed everything in grams, so I thought it a good time to change my baking behavior. The recipe also called for a baking couche. I trusted Amazon to get one here quickly and was pleased with the way the baguettes rose perfectly in the linen creases.

After eating 2 loaves of bread we also had the thought that this would be perfect for an occasional afternoon tea served with wine and cheese. Bon Appetit!