We have lived on Cape Cod for over 12 years now and have come to love the natural beauty and slower pace one finds when they cross over one of the two bridges that most guests travel upon to reach Cape Cod. Our peninsula is filled with many quaint towns, each with their own interesting history, beaches and unique destinations. For the next few blogs we thought it would be fun to visit each of the towns and share some of the details that make Cape Cod such a treasured destination.

For today’s travel blog we are visiting Dennis which is the next town over from Brewster. The town of Dennis enjoys two coastlines which includes the north side flanking Cape Cod Bay and the Old Historic Highway (6A) where both of our inns are located, and the south side facing the Nantucket Sound. The Mid-Cape town includes five villages- Dennis Village and East Dennis to the North, south Dennis is the center and West Dennis and Dennis Port to the south.

Dennis was incorporated in 1793 by European settlers and named after Josiah Dennis. His saltbox home is now a museum maintained by the Dennis Historical society and called the Josiah Dennis Manse Museum.

Similar to Brewster, Dennis was an active maritime town in the 19th century including sea captains, merchants and whalers and also produced an abundance of salt which was so important as a new way to preserve food.

Some of our favorite destinations in Dennis include: 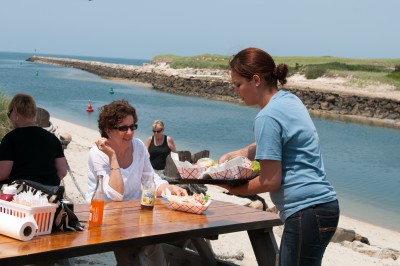 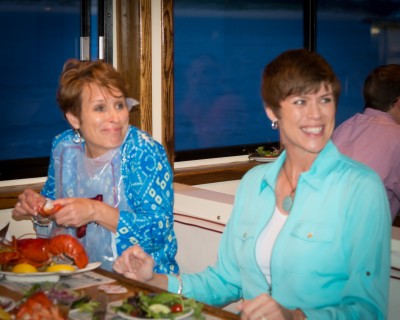 -Cape Cinema- The Cape Cinema is located in the Cape Cod Museum of Art complex on 6A.  We enjoy the Art museum, seeing plays at the Playhouse but are all time favorite is the Cape Cinema. They always show arty films that are carefully selected with many not available anywhere else on the Cape. They also do live concerts and paneled events in conjunction with the art museum. When you step into the theater you feel like you are stepping back in time with a beautiful art deco mural on the ceiling and old fashion cloth covered seating. The mural was designed by Rockwell Kent and is one of the largest indoor murals in the U.S. The theater also boosts the historical distinction of hosting the world premiere of “The Wizard of Oz”.

-Water plays an important part of town life as Dennis is filled with many wonderful beaches and lakes.  Mayflower beach and the quieter Cold Storage Beach are among our guest’s favorites and are just a hosrt drive from both our inns, Brewster by the Sea and the Captain Freeman Inn.

-Scargo Tower was built in 1902 and given to the town in 1929 by the Tobey Family. While the tower is not very tall, the views are breathtaking and include vistas of Scargo Lake and the bay. 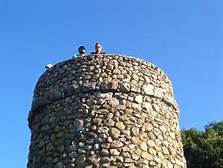 -Dining- We always love to talk about food and some of our favorite restaurants are in Dennis including the casual Lost Dog Pub and Marshside Restaurant, the acclaimed Fin which serves some of the best fresh seafood on Cape Cod, the Red Pheasant which is noted for their game dishes, the Oyster Company has wonderful fresh oysters grown on their own farm and lastly the Ocean House which is one of our guest’s favorites for great food and ocean views. Dennis  has a great “foodie” market, Ring Brothers, which is a great place to pick up a good bottle of wine, cheeses and great premade food for a picnic or to enjoy in your room. Dennis is also home to the newly opened Devil’s Purse Brewery, which offers an excellent array of locally brewed European influenced draft beers.

The town includes great hiking and nature trails including Crowes Pasture and the start of the Cape Cod Rail Trail. 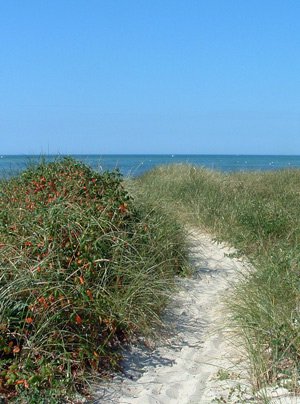 Stayed tuned for the next town we visit.