Many of our guest’s frequent the National Seashore during their stay at the Captain Freeman Inn. Several of the beaches included in this 40 mile stretch  of beautiful unrestricted views have been voted best beach in the world and for good reason. 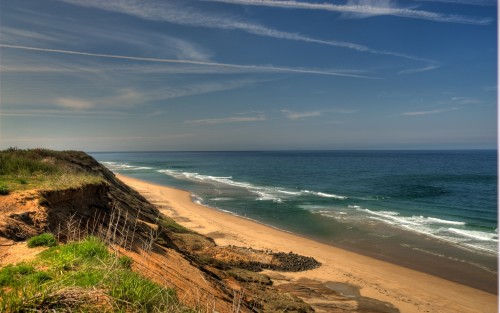 The National Seashore was created by the US Congress in 1961 when they voted to preserve the 40 miles of coastline, cranberry bogs, marshes and historic buildings for all to enjoy. The National Seashore includes 6 beautiful beaches including Nauset Light, Coast Guard, Marconi, Head of the Meadow, Race Point and Herring Cove beaches. Each beach is tended to by caring park rangers and most include bathhouses and showers with ample parking.

The land that comprises the Cape Cod National Seashore is  full of history, with evidence of our ancestors and the American Indian. Mankind have lived on the Cape for thousands of years, and many of their original artifacts have been found on the Cape Cod National Seashore including projectile points or arrow heads and boat remnents. A 50 mile area of sea from Provincetown to Chatham is known as an “ocean graveyard,” with over 1,000 shipwrecks in the ocean between the two towns.

The Cape Cod National Seashore has many historical locations and structures that give insight into Cape Cod’s past. The Three Sisters Lighthouses are visible examples of the Cape’s maritime history. 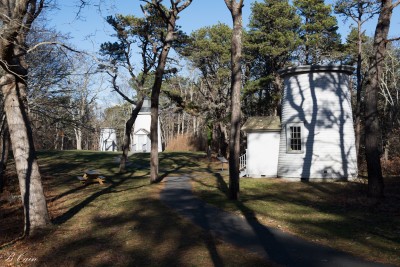 After moving a number of times, the lighthouses were restored. The Old Harbor Life-Saving Station, which was originally in Chatham, is now in Provincetown, where breeches buoy rescue re-enactments can be seen today.

These rescue methods helped save sailors after a ship wreck, and there were often two shipwrecks per month during the time period the breeches buoy rescue was used.

The Cape Cod National Seashore also contains locations that are of great importance in history, with sites like Marconi Station, the French Transatlantic Cable Station and Pilgrim landing sites.