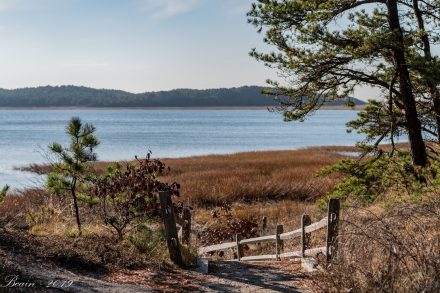 When Byron and I have a few moments to ourselves, we always ask each other “Where shall we walk today?” We have so many favorites on Cape Cod including Nickerson State Park, Wing Island, Nauset Beach and White Cedar Swamp Trail. This link to the Cape Cod Chamber lists all of them. After walking the magical trails around Great Island today (and we were the only ones there) we both agreed that this trail is certainly one of the best!  Shown below is a little history of the island and why we feel it’s one of the best walks you can take during your stay at our boutique Bed and Breakfast. 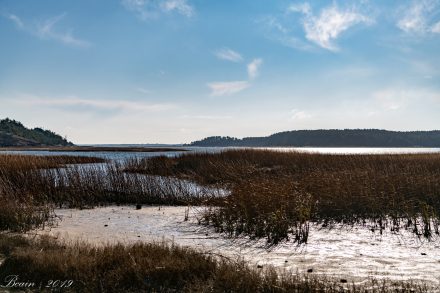 Great Island and a separate island called Great Beach Hill stood alone as separate islands as late as 1831, and as the currents  of Cape Cod bay swept southward on the Coast there was much erosion and changes in this area. As a result of the ever changing tides and storms, sandbars gradually grew to connect island to island and to the mainland. Marshes then slowly developed behind the newly formed sandbars to fill in the shape of today’s Great Island.

Well before the arrival of the Europeans, this land was inhabited by the very innovative Pononakanits. They used agricultural practices to sustain them in the summer and supplemented their diets with shellfish and other marine resources in the winter. They remained stable through the 1600’s and shared this land with Pilgrims until the smallpox epidemic in the mid 1750’s practically devastated the entire group with only a handful living in the 1800’s. 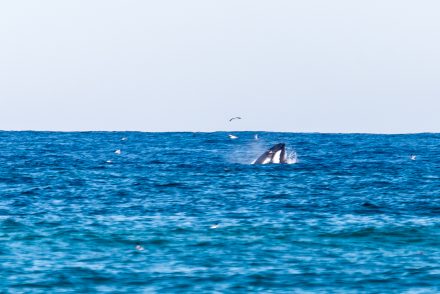 Later with whales and fish being plentiful on Cape Cod, whaling became a profitable yet dangerous trade. Whale lookout towers were built on Great Island where mariners could see Right Whales and BlackFish. Smith Tavern was built in 1690 and later a Light House with a Keepers House was built to sustain the growing population and mariners at sea. The tavern provided hospitality for three or four decades and as shore whaling died away sometime before 1740 the tavern closed and much of the island was deserted. Originally the island had many hardwood trees which were deforested to provide timbers for homes and ships- leaving the island barren in the early 1800’s. Pitch pines were planted in the 1830’s to stabilize the wind-eroding, bay filing soil and plants have been reclaiming the land ever since.

What we loved about Great Island

1. You can experience both the Atlantic beach which is full of waves and the quieter serene waters of Wellfleet Harbor on this walk.

2. Many times you will have the whole beach to yourself. We just loved the quiet during our walk – only hearing the waves and a few seagulls. 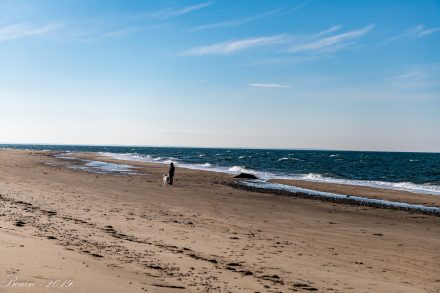 3. We walked a little over 5 miles and reached the outer part where we could imagine the Tavern and Lighthouse stood many years ago 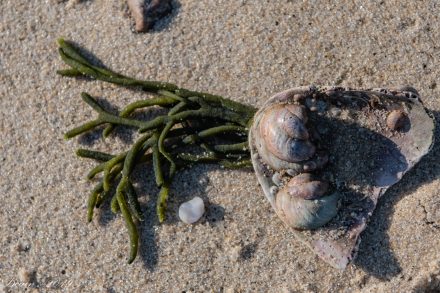 4.  The beach walk includes many pretty shells and rocks. 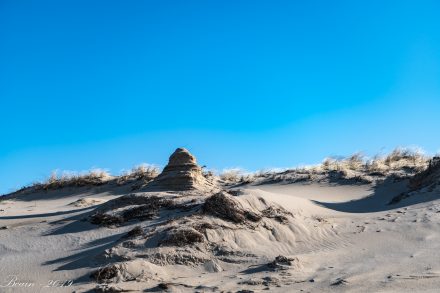 5. The island is filled with many magical sand dunes 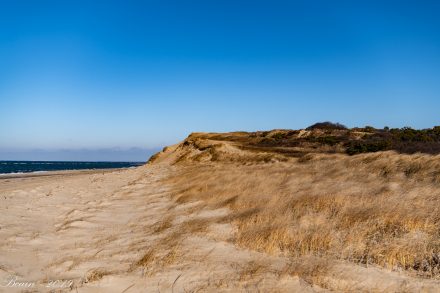 6.  And a beautiful forest filled with pitch pines and mushrooms.

After your walk on Great Island enjoy a cup of homemade soup or sandwich at the acclaimed PB Boulangerie Bistro which is just a short drive away.

All in all a picture perfect morning of walking with my two favorite guys:) 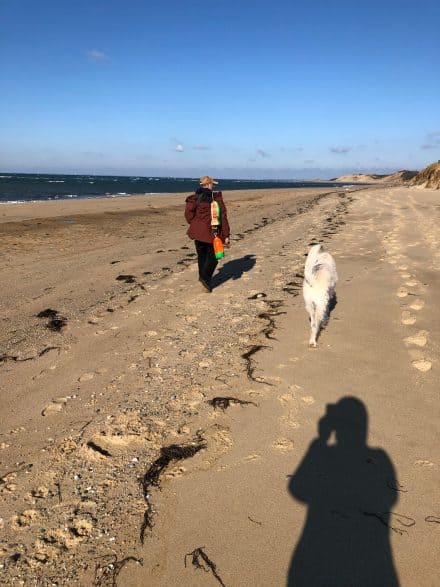 Amazingly, we are filling up some the the weeks in July and August. Consider booking your stay early so that you can enjoy your favorite room at the Captain Freeman Inn. 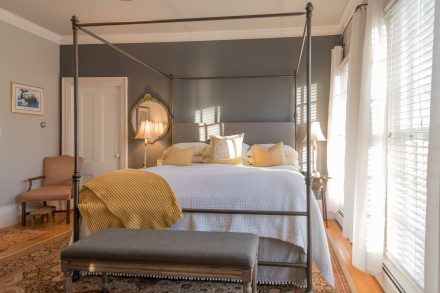 Thank you to all of our guests for an amazing year and wishing all of our friends a wonderful holiday season filled with family, good cheer and lots of yummy food. 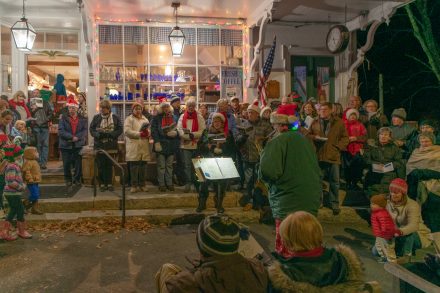